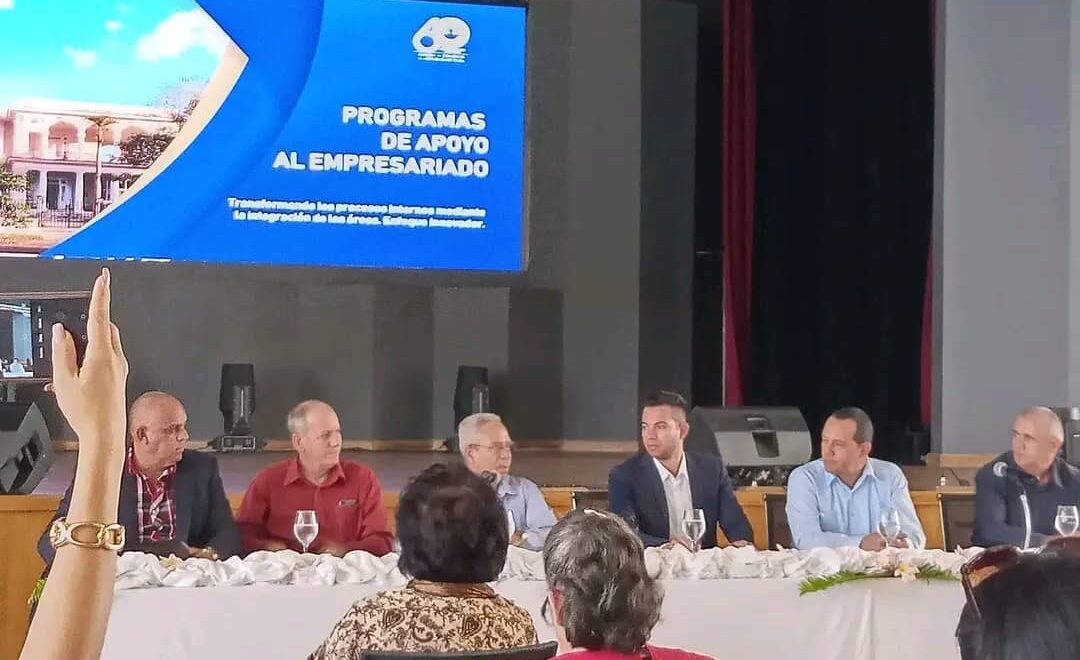 With the presence of Antonio Luis Carricarte Corona, president of the Chamber of Commerce of Cuba (CC), and Julio César Estupiñán Rodríguez, governor of the province of Holguín, the assembly of the associates of this territory and Las Tunas was held on Tuesday.

The meeting of the local business community took place in the head municipality of the eastern province, and became a propitious space to present the new business support programmes implemented by the CC focused on a more efficient support to the processes of internationalisation, value chains, competitiveness and digital transformation.

Within this framework, the call for EXPOALADI 2023 was also presented, an event that will take place from 2 to 3 October and that this time will be hosted by Cuba.

Gabriel David Pérez Fernández, director of the Holguín – Las Tunas delegation of the CC, presented the results of the work in 2022 and the projections for next year were widely discussed in terms of the Business Development Strategy and focused on the achievement of productive chains that contribute to local development, import substitution and the optimal use of the potential of local companies to export their goods and services.

Carricarte Corona, in his Facebook profile, described as “combative” the frank debate of the entrepreneurs around the necessary transformation that is required to overcome the obstacles and limitations that still persist in business management in the territories and those associated with export processes.

The meeting brought together entrepreneurs associated with various sectors and forms of management, representatives of entities linked to business management and export processes and the delegation of Foreign Trade of Holguín, local authorities, among other guests.

During the Assembly, companies that achieved favourable results in their management during the year that ended were recognised.

The assembly process of the Chamber of Commerce will be extended to the other four territorial delegations, and will conclude in the first quarter of 2023 with the celebration of the General Assembly of Associates, just in the year in which the 60th Anniversary of this institution is commemorated.