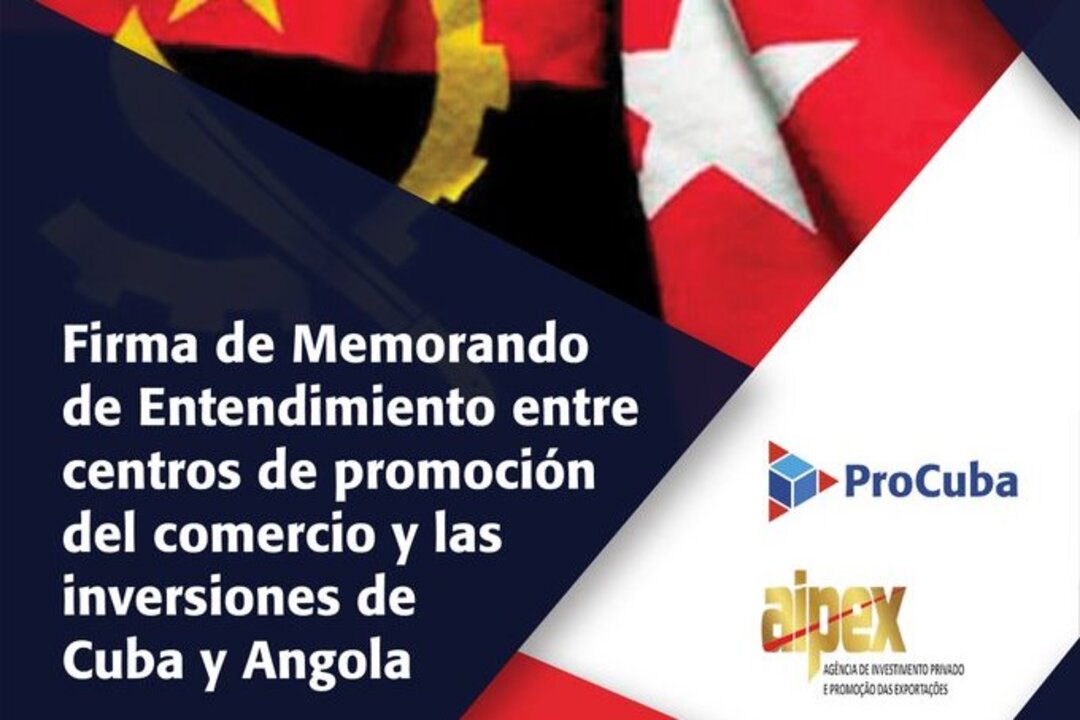 A Memorandum of Understanding (MoU) for trade and investment promotion was signed this afternoon between the Angolan Foreign Investment and Export Promotion Agency (AIPEX) and ProCuba.

The document was signed by the director Roberto Verrier Castro and the Angolan Ambassador to Cuba, Maria Candida Pereira Texeira, and will serve as a framework for the implementation of promotion and collaboration actions in the field of trade and investment attraction.

Prior to the signing of the MoU, the minutes of the official visit of the Angolan delegation to Cuba, led by His Excellency Mr. Adao Francisco Correia de Almeida, Minister of State and Head of the Civil House of the President of the Republic of Angola, were signed. This act was signed by the head of the delegation of the African country and by the Vice Prime Minister of the Republic of Cuba, Ricardo Cabrisas Ruiz.

At the end, the Minister of Foreign Trade and Foreign Investment, Rodrigo Malmierca Díaz, took the floor and stressed the fruitfulness of the working sessions that took place during the visit. He reaffirmed the excellent state of bilateral relations and his confidence in the strengthening of cooperation ties between the two countries.