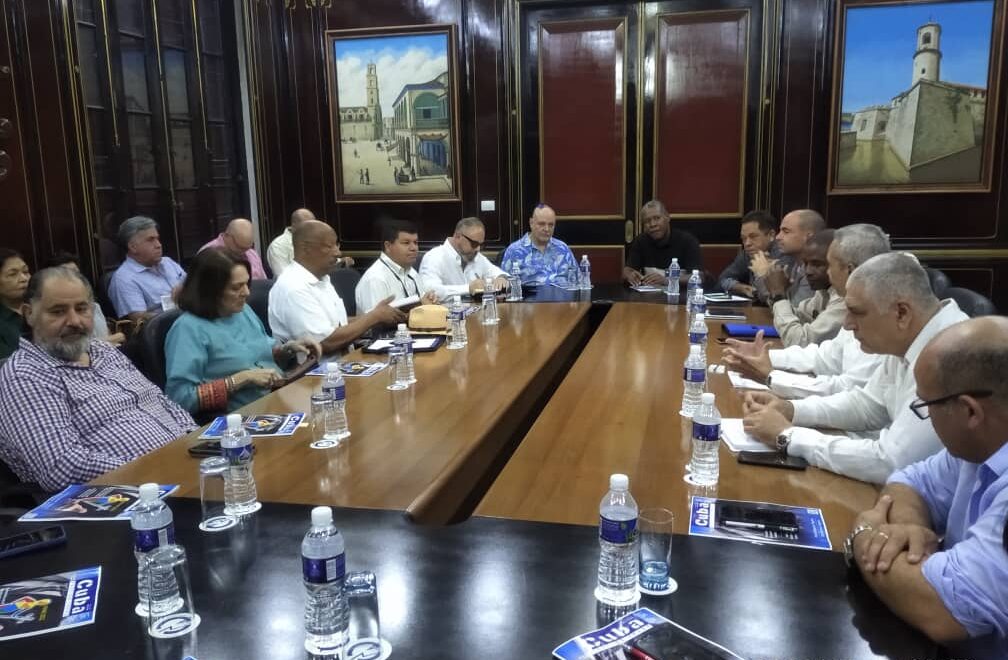 President of the Chamber receives delegation from the United States

This Tuesday, the President of the Chamber of Commerce of the Republic of Cuba, Antonio Luis Carricarte, received at the headquarters of this institution a delegation from the State of New Jersey, United States, composed of personalities linked to politics and businessmen. The delegation from the northern nation was headed by Senator GORDON M. JOHNSON, Senator of the State of New Jersey.GORDON M. JOHNSON, Senator of the state and the meeting took place in an atmosphere of cordiality and mutual respect; The two sides exchanged on the work of the Chamber of Commerce and the Americans were interested in the effects of U.S. laws that do not allow normal relations between Cuba and that country.

The delegation has been in the Greater of the Antilles since Monday on a visit coordinated by the Cuban Ministry of Foreign Affairs and will remain until November 19. The program includes exchanges with MINREX officials, the education, culture and biopharmaceutical sectors, a tour of the 38th Edition of the Havana International Fair and the Mariel Special Development Zone, among other activities. Rubén Ramos Arrieta, vice-president of the Chamber of Commerce, and MINREX officials were also present on the Cuban side.