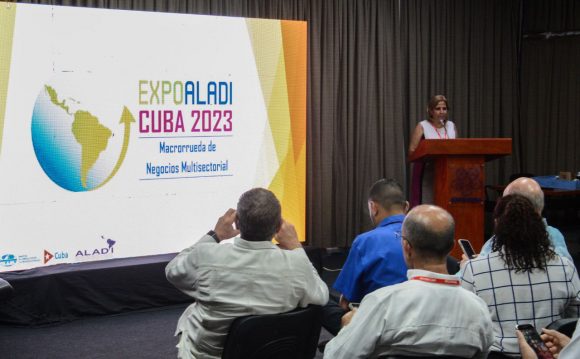 From October 2 to 4, the event will take place at the Havana Convention Palace, where the Macro Business Roundtable will be held with the participation of the 13 member countries of the organization and representatives of other nations, in order to boost and diversify inter-regional trade.In making the announcement during the XXXVIII Havana International Fair (Fihav 2022), the First Deputy Minister explained that ALADI is an international intergovernmental organization created on August 12, 1980.Its purpose is to promote the economic and social, harmonious and balanced development of member countries, using regional economic integration as an instrument, she noted.
Contact Us
Phones
(53) 78381321
(53) 78381322
(53) 78381654
Address
Calle 21 no. 661 esq. a A, El Vedado, Plaza de la Revolución, La Habana, Cuba
E-mail
asesoria@camara.com.cu