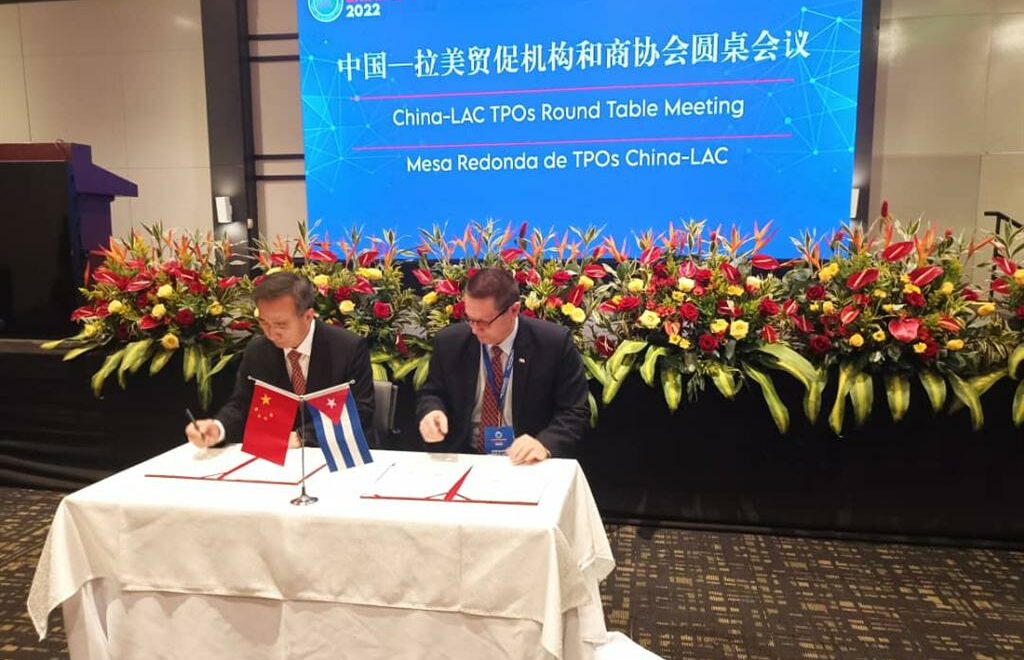 Cuba and Beijing today signed an Action Plan for 2023 in the framework of the XV China-LAC 2022 Business Summit taking place in the Ecuadorian city of Guayaquil.

The ambassador of the Caribbean nation in Ecuador, Basilio Gutiérrez, representing the Cuban Chamber of Commerce, and Ren Hongbin, from the China Council for the Promotion of International Trade (Ccpit), signed the document on Wednesday.

According to Gutiérrez, the Plan for the coming year corresponds to “the friendship that unites our peoples and governments”.

At the Summit, which will run until Thursday, Cuba stressed the importance of this event, which is part of the China-Community of Latin American and Caribbean States (CELAC) forum and constitutes a bridge for cooperation.

Milena Pérez, Director of Events of the Chamber of Commerce of the island, who participated in one of the panels of the commercial event, referred to the changes implemented in Cuba in economic and social matters, such as the stimulus to the development of the non-state sector and foreign investment in wholesale and retail trade.

He also highlighted the country’s advances in biotechnology and mentioned the feat of Cuban scientists in achieving three vaccines and two vaccine candidates against Covid-19 thanks to the experience accumulated in preventive medicine, mass immunisation and the development of the biopharmaceutical industry.

This is precisely a sector in which we can develop joint projects for the benefit of the entire Latin American and Caribbean region, Pérez proposed to the other participants.

He also mentioned that these advances are possible despite the blockade imposed by the United States, an economic siege that is becoming more severe every day with the application of new sanctions, which hinder the development of trade and the prosperity of Cuba and the region’s business community.