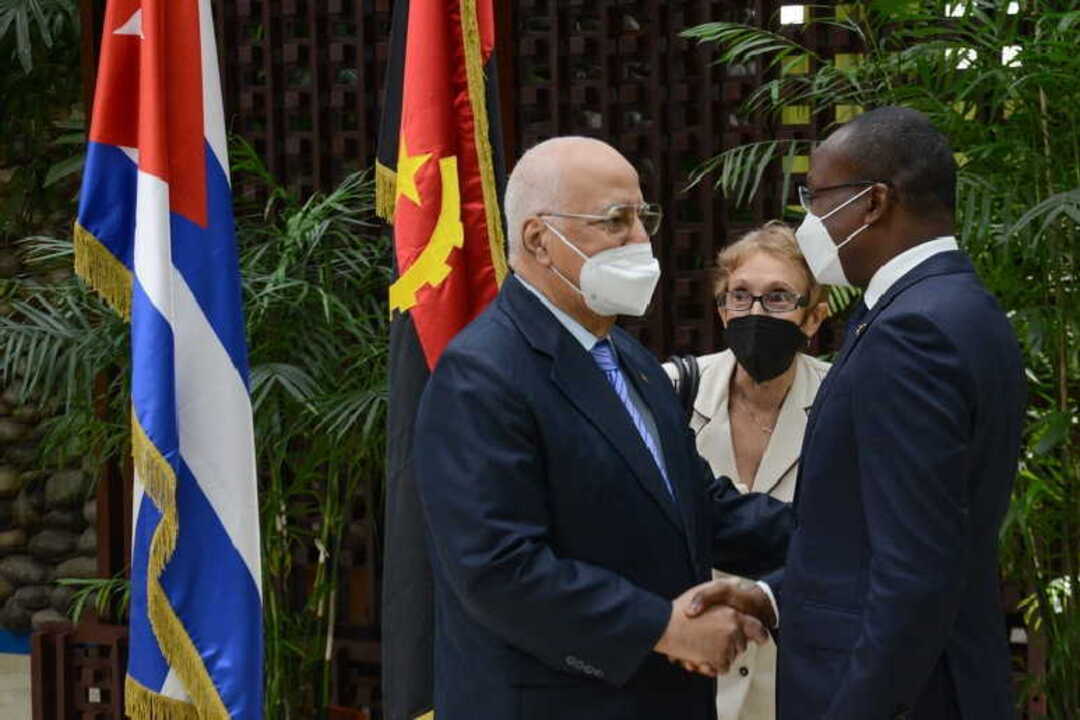 Angolan delegation’s visit to Cuba will mark a milestone in the political, collaborative, economic and brotherly relations between the two nations

The Deputy Prime Minister of Cuba, Ricardo Cabrisas Ruiz, received this Monday morning Mr. Adao Francisco Correia de Almeida, Minister of State, Head of the Civil House of the Presidency of Angola, as part of the work programme that he is carrying out in the context of the official visit to Cuba.

During the meeting they exchanged on the current state and prospects of bilateral economic relations and cooperation. They acknowledged the progress achieved in the implementation of the actions agreed at the XIV Session of the Intergovernmental Commission held in Luanda, in 2019, in the sectors of Health and Higher Education, among others.

Both parties welcomed the excellent state of relations between the two governments and peoples. They expressed the intention to consolidate them and increase the areas and sectors of cooperation and economic and trade links between the two countries.
After the official reception of the Angolan delegation, the day continued with the presentation of the Portfolio of Business Opportunities with Foreign Investment and the Cuban Export Offer, by the Minister of Foreign Trade and Foreign Investment, Rodrigo Malmierca Díaz.
Afterwards, interesting exchanges took place between executives from both countries. The Cuban side was represented by executives from MINREX, MINCEX, MINSAP, Higher Education, Finance and Prices, and business groups such as BioCubaFarma, among others. This intense day demonstrated the potential of both nations to cooperate and support each other with future development plans.